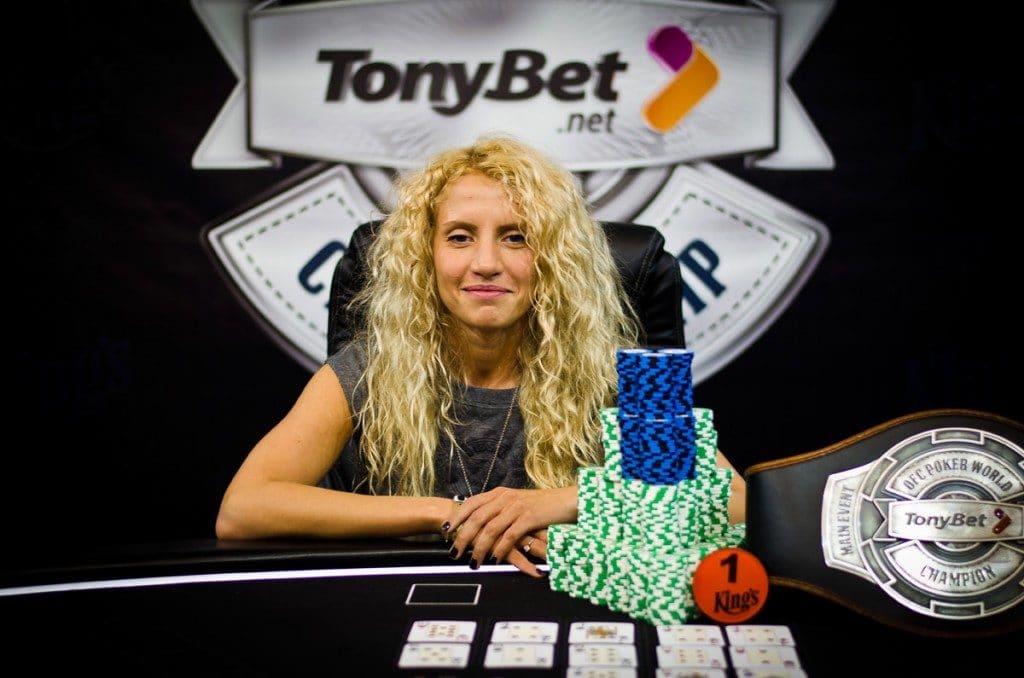 Alexandra, who surprisingly enough managed to maintain a steady-growing stack in the game where most experience huge swings, beat Ukraine’s Roman Pavliuk in the final heads-up battle for the title, the champion’s belt and the €30,000 cash prize. Meanwhile her opponent took home €19,336 for the runner-up finish.

“I’m really happy with the win”, Alexandra said in an interview after the event. “I knew I’d win long before it happened. About a week ago I posted in one of the Russian poker forums that I really want to win this event and I imagined myself doing it. So I’m really happy that my dream came true.”

The 2015 OFC World Championship not only saw two women players become champions and the High Roller event break the record in collected prize money, it attracted numerous poker superstars in Jason Mercier, Max Pescatori, Dan ‘Jungleman’ Cates, the young Polish sensation Dzmitry Urbanovich, Sergey Rybochenko, Jennifer Shahade and many others. All of them shined in the High Roller, while some also played the Progressive Pineapple as well as the Main Event.

However, it was Russia’s Maxim Panyak who came out victorious in the richest-ever live OFC tournament, the €10,000 High Roller, collecting the record-breaking €110,000 first-place cash prize together with the champion’s belt. He beat his countryman Evgeny Kocherov in the heads-up battle leaving the latter with the €76,030 payout.

None other than Jason Mercier was the one who came in third place and collected the €50,655 prize. While he was determined to take home the title, the result was an upgrade for Mercier from last year’s 5th place when he busted just before the money.

Unusually enough for a High Roller, the field of the €10,000 OFC tournament featured as many as four ladies with last year’s High Roller champ Jennifer Shahade, Isabelle Mercier, who triumphed in the OFC Progressive Pineapple event just the night before, as well as US’s Natasha Barbour and the eventual Man Event winner Alexandra Usoltseva.

Among the most unfortunate players in that field was the hottest Polish star Dzmitry Urbanovich. Last season’s EPT Grand Final Super High Roller runner-up for €1.5 million bought in as many as five times, however, went home empty handed. Another big name in the tournament was Max Pescatori, Europe’s richest player in WSOP bracelets, who finished the event in fourth place for €37,000.