Omaha poker is one of the most popular versions of the game, eclipsed only by Texas hold ‘em. The reason for this is its unpredictability and a large number of variations players have to have in mind at all times.

It’s also a high-risk game as players have more chance to connect strong hands than in Texas hold ‘em and they have to be extra careful not to overbet in situations that seem really favorable for them. Omaha poker is thus especially open to dramatic twists and turns and this is what attracts people to play it and watch it.

All this excitement comes from Omaha’s specific rules and inner workings of the game. There are several popular variants of Omaha, such as 5-card Omaha, 6-card Omaha, and Omaha Hi-Low 8 or Better. Here, we’ll focus on the standard version, 4-card Omaha high, which is usually just called Omaha poker.

So if you wish to learn how to play Omaha poker, stay with us! 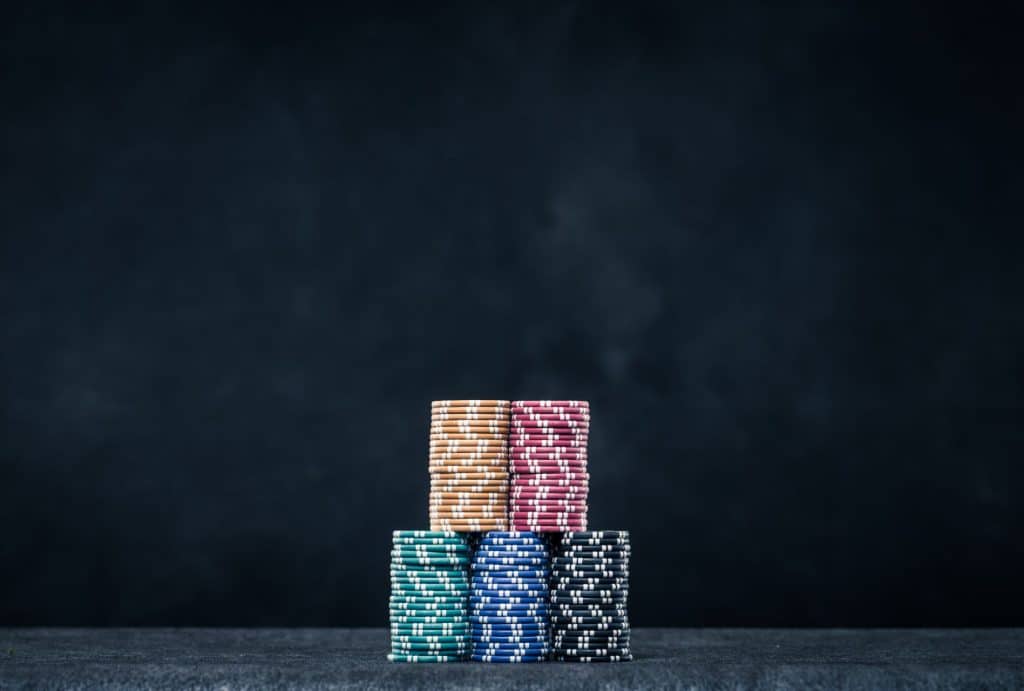 First things first – we need to check out the hand rankings that apply not only in Omaha but in most variants of poker. We have a whole article dedicated to this issue, so you can check that one out first if you’re not familiar with poker hand rankings –  https://tonygpoker.com/uncategorized/what-is-a-winning-hand-in-poker/

Omaha poker – how to play

The fundamentals of the game

Now let’s see the rules specific to Omaha poker and how they make the game so exciting.

After that, the dealer uncovers 5 more cards that are called “community cards”. They are turned face-up so everyone can see them and use them to connect their strongest hands.

In Omaha, as well as in most other kinds of community poker, these 5 cards are turned face-up in three separate steps:

Before each of these three events (flop, turn, river) there are betting rounds where players can bet or give up on the hand, depending on how they estimate their chances based on the cards in their hands and on the board. There’s also a final round of betting after the river card. So there are 4 betting rounds in total in Omaha poker. We’ll talk more about betting in a bit.

It’s important to emphasize that players have to use exactly 2 of their hole cards (no more, no less) and 3 community cards when connecting their hands. For example, if a player holds 9♥ 9♣ 9♠ 5♦ and there are 9♦ 2♣ 6♥ J♣ K♠ on the board, he can’t connect a four of a kind, as it would mean he has to use three hole cards (three 9s that he’s holding) and that’s illegal. He can only use two 9s and combined with the 9 from the board it gives him a three of a kind. 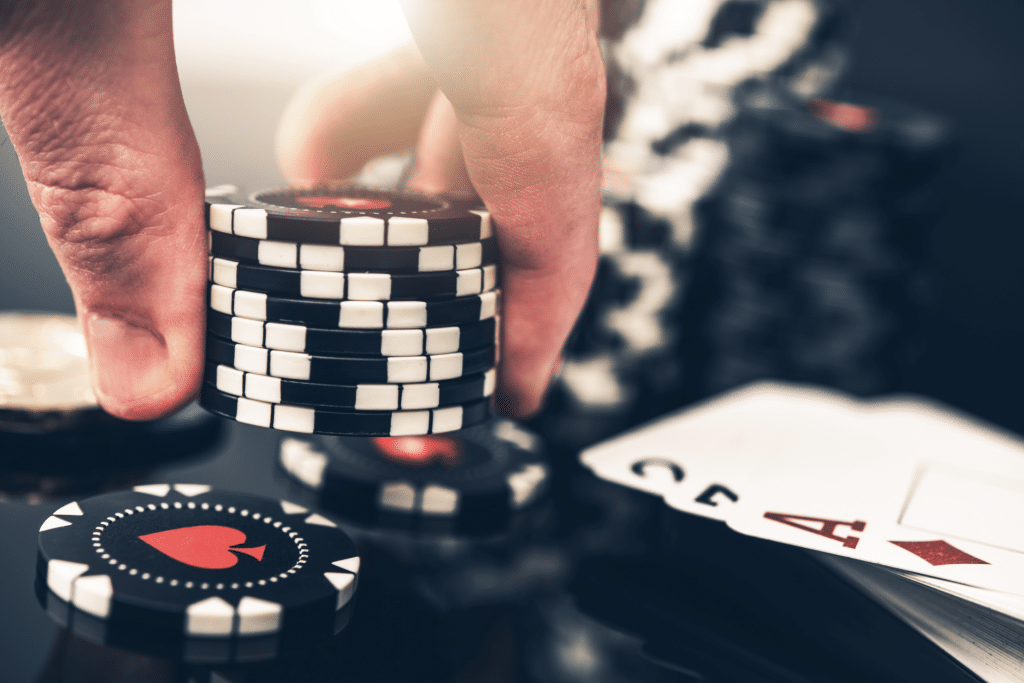 Order of play in Omaha poker

Your position in the order of play is very important in any variant of poker, especially in Omaha. “Order of play” basically means “the order of betting” as it determines which player has to place his bets first once the cards are dealt.

The player who comes last then has an important advantage over the others as he can see how others bet (or give up) and watch their behavior in order to guess how strong their hands are. On the same token, the first player faces a big disadvantage, and this position in poker is called “under the gun” (UTG).

In order to compensate for their favorable position, the last two players need to place a blind up-front bet of pre-determined value at the beginning of every hand. These two positions are called the “small blind” (SB) and the “big blind” (BB). BB plays the last and he has to bet twice as much as the SB, who plays right before BB.

To recap, UTG bets first, while the dealer, SB, and BB are the last three to play, in that exact order. The other players (if there are any) are betting after UTG and before the dealer.

However, have in mind that this order is valid only for the first round of betting. The second, third, and fourth rounds (jointly called “post-flop”) start with the player sitting immediately left of the dealer.

Bear in mind that after the flop, the player sitting to the left of the dealer doesn’t have to be SB. This is because of how betting works in Omaha poker. Namely, in any round of betting, any player can give up, or “fold”, and let other players compete for the pot.

In the first round of betting, apart from folding, players can also raise or call. Namely, the BB bet is already on the table at the start of the first round. Let’s say that BB bet is set to be $10. Whoever wants to continue competing to win the hand needs to place either exactly $10 (to “call”), or to bet more than that (to “raise”).

Once someone raises by a certain amount – for instance, by $50 – it’s up to the other players to at least match that bet in order to continue playing. Otherwise, if they think their cards aren’t worth it, they have to fold. The betting round finishes once all the active (non-folded) players have put the same amount of money into the pot.

Bets can be limited or unlimited. In no-limit Omaha, players can raise as many times they want and bet as many chips they have on the table, while in limit games, they can only raise a certain number of times per round and only by a pre-determined amount of money. There are also pot-limit games, where the raise limit is equal to the current value of the pot. 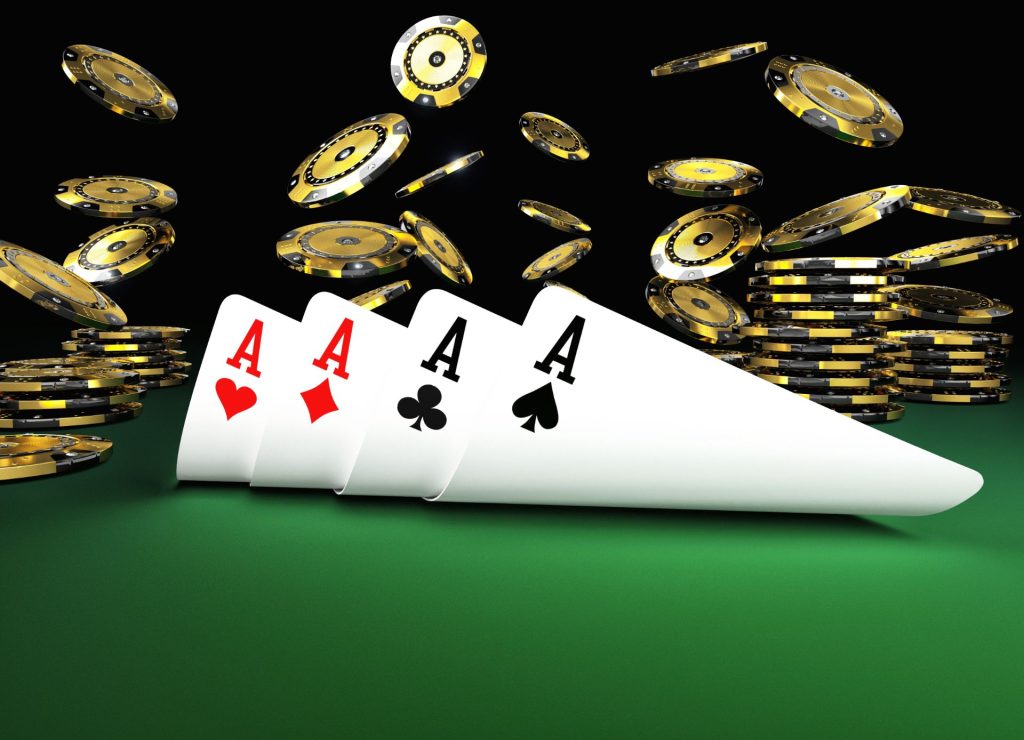 Example of an Omaha poker game

If you wish to learn how to play Omaha poker, it’s best to see how it works in practice. Assume there are 4 players, the small blind is $10, while the big blind is $20. These are the hole cards:

The first round of betting starts. There are already $30 in the pot because of SB and BB bets. UTG starts the hand and calls BB’s $20. Player B raises by $40, putting $60 in the pot altogether. Player C folds. Player D calls. He has already put $20 in the pot before the start, so now he only has to put another $40 in order to call player B’s bet. Player A also calls. The round ends, and the value of the pot is $190. Players A, B, and D have invested $60 each, while player C put $10 as an SB bet.

The third round starts with the player placed left to the dealer, which is now player D, as player C folded earlier. Player D checks, player A checks, and player B raises by $50. Player D calls, and player A folds. The round ends, and the value of the pot is $290 now.

The final round of betting starts. Player D raises by $100, player B re-raises by another $100. Player D calls. This means another $400 is added to the pot in this round, and the winner will take $690 altogether.

By looking at this example, you can see why Omaha poker is so unpredictable. In some other variants, such as Texas hold ‘em, having two aces at the beginning (like player B) would be considered a huge advantage. However, given that players can choose from as many as 4 cards, some stronger hands such as flushes and straights are very common and it can be very risky to chase a two pair or three of a kind.

Also, there is a large number of hole cards (double as much as in Texas hold ‘em) so if you get a pair of aces at the beginning, there’s a high chance that other aces are in someone else’s hands, which is exactly what happened here.

On the other hand, going for straights or flushes often gives you more favorable options than waiting for one of only two remaining aces or kings to appear. In a 5-card or 6-card Omaha, where every player gets 5 or 6 hole cards respectively, this is even more obvious.

All this makes Omaha one of the most fun and exciting variants of poker. Also, it’s interesting that the biggest pot in online poker history was seen exactly in an Omaha game, played on Coinpoker in February 2022. 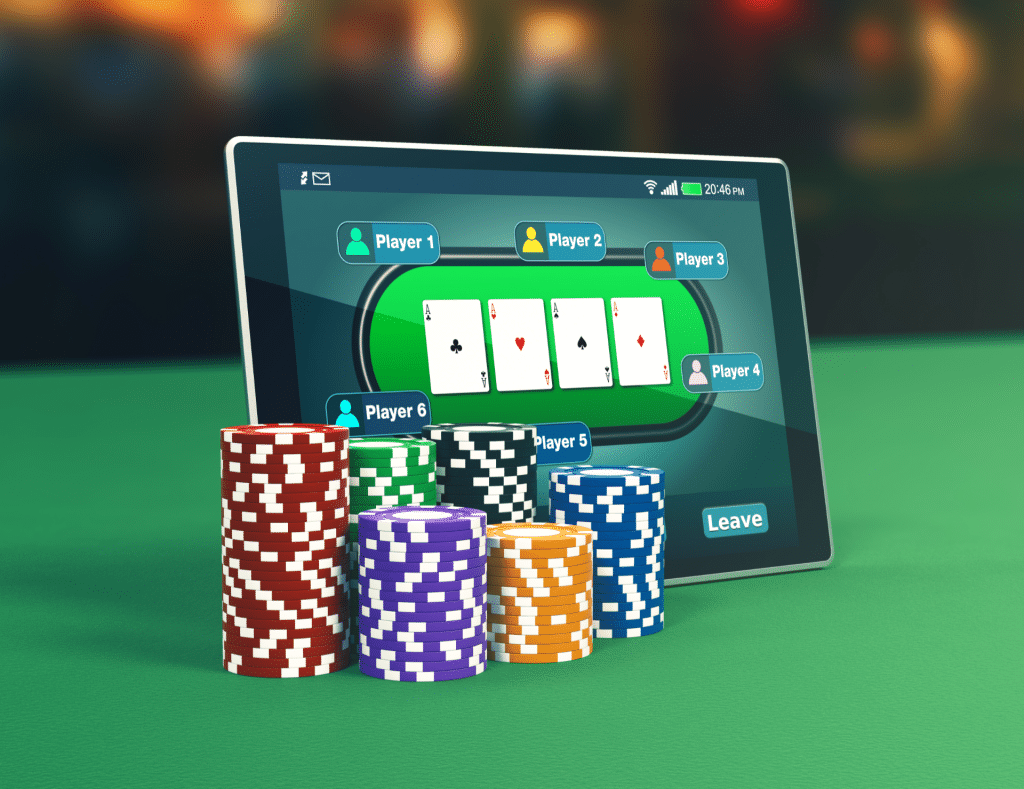 How to play Omaha high-low poker

Before calling it a day, let’s briefly explain the rules of another very popular version of Omaha poker – Omaha high-low. In this version, every pot is split between a player with the highest hand and the player with the lowest hand. Of course, the same player can sometimes hold both of these and take the entire pot.

The highest hand is decided by the standard rankings, so no surprises there. Now, having “the lowest hand” simply means having the weakest hand based on standard poker hand rankings. So a pair beats three of a kind, a three of a kind beats four of a kind, and so on. However, in some variants, there are some additional rules and requirements as well.

For instance, in Omaha hi-low 8 or better, you must have 5 cards that are ranked 8 or lower to even qualify for the lower hand. In addition, all 5 cards have to be of different ranks, otherwise you can’t compete for the low part of the pot. Out of all players who have qualified, the lowest hand belongs to the one with the lowest high card. Also, aces are considered low cards, and straights and flushes simply don’t count against the players. So this means that A-3-4-6-7 beats 2-3-4-5-8, but loses to A-2-3-5-6 or A-2-3-4-5.

There are many versions of Omaha high-low, but the essence stays the same: both the best hand and the worst hand in the game win and they split the money.

Those were the rules and principles of one of the most interesting variants of poker. We hope this article helped you learn how to play Omaha poker and that it will inspire you to try it yourself.

Omaha poker can be played in casinos, at home, or on your phone and PC, using one of a vast number of poker apps. You can try Omaha poker today on coinpoker.com, a blockchain poker site where you can play using cryptocurrency!