Today, Texas hold ‘em is the most popular variant of poker. The game was first played in the early 1900s and it needed several decades to gain some real traction. In the 60s and the 70s, it was introduced into casinos and before the turn of the century, it became a global hit.

Texas hold ‘em is the main event at major poker tournaments such as the World Poker Tour and the World Series of Poker. If you’ve ever watched poker on TV but you’re unsure what kind of poker it was, it was probably Texas hold ‘em. It entered the mainstream a while ago and is only getting more popular.

But if you still haven’t managed to catch the rules of the game, you’re at the right place. In this article we’ll explain how to play Texas hold ‘em. We’ll go through hand rankings, clarify the most important rules and explain the basics of the betting process. 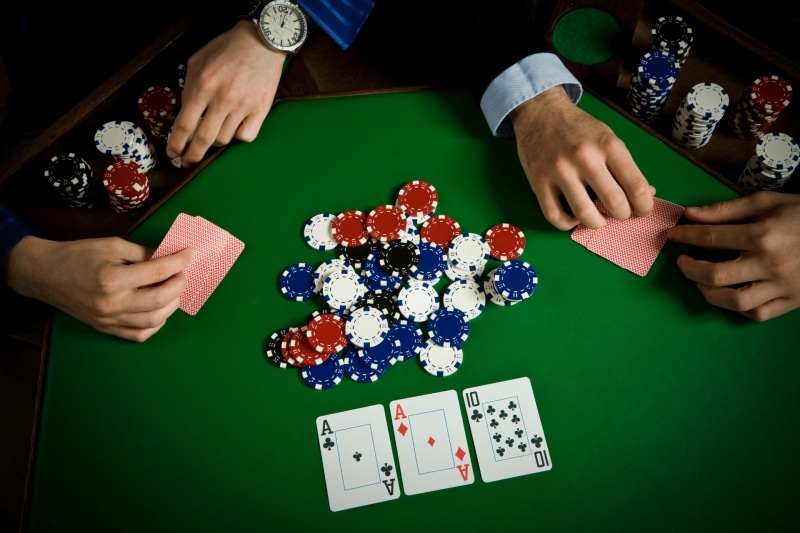 Although there are countless different types of poker, a vast majority of these use the same hand rankings to decide winners and losers. Here they are, arranged from strongest to weakest.

Whenever multiple players have equally strong hands, there’s always some kind of a “high-card” rule to decide the winner. For instance, if 2 players both have a straight, the one with the highest high card takes the pot. So if one player has a 4, 5, 6, 7, 8 (of any suit) in hand, while the other one holds 7, 8, 9, 10, J, the latter is the winner.

Finally, in situations where multiple players have connected identical hands, the winner is the player holding the highest unused card (“kicker”). 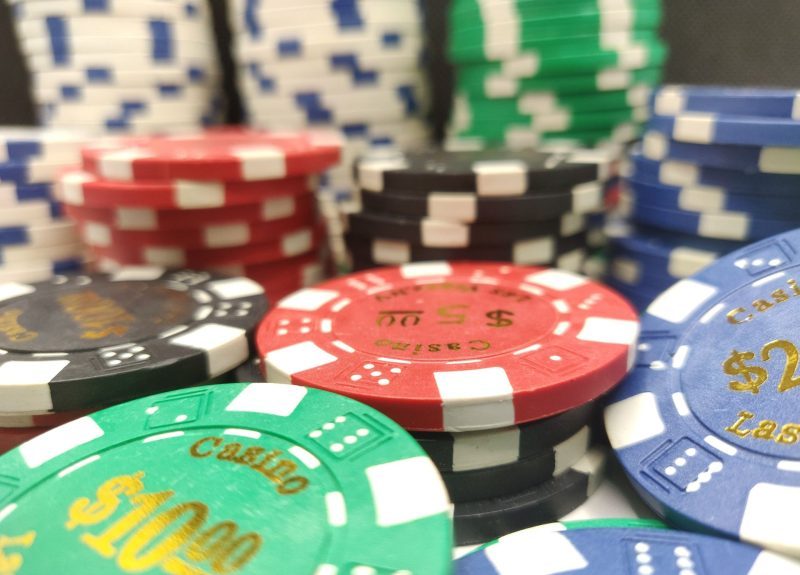 Now let’s get to the rules specific to Texas hold ‘em. Texas hold ‘em is a variant of community poker. Every player gets 2 cards face-down (called “hole cards”) at the very beginning of the hand, and then the dealer gradually reveals 5 more cards.

These 5 cards are called community cards and anyone can see them and use them once they’re on the board. So in the end, every player can choose from 7 available cards to connect any 5-card hand they want, and the one with the strongest hand wins.

Betting is the heart and soul of Texas hold ‘em. Its whole point is to anticipate the outcome based on very little information and then bet accordingly. This amount of information increases after the flop, turn, and river, so the betting between players also takes many twists and turns during just one hand.

Start of the game and order of play

Starting positions are very important in Texas hold ‘em poker. The player who bets first has the least information because he can’t watch other players act before he does. On the other hand, the last player to bet has a great advantage as he can wait for those before him to give up or he can try to figure out other players’ cards based on their behavior and the size of their bets.

That’s why the last two players to act have to place a bet of a certain pre-determined size every time before the cards are dealt. The last player places a larger bet, and his position is called the “big blind” (BB), while the second to last one, who sits to the right of BB, places a half of that bet and is called the “small blind” (SB).

As it was mentioned, there are 4 rounds of betting in each Texas hold ‘em hand. Technically, the first ones to bet are SB and BB who automatically bet at the beginning of the first hand.

In general, in order to remain in the game of poker, you need to at least match the highest current bet or even pay more than that. For instance, if the big blind is $10, players can either bet $10 as well (they can “call”) or bet more than that (“raise”). If they don’t want to bet that much, they have to give up on that hand (“fold”).

The round of betting is over when all the active players (players who didn’t fold) have bet the same. So if you bet $30, for instance, and everyone else matches that bet, you can’t raise your bet again. You can do that only if another player raises – then you can call or re-raise.

Starting from the second round, all players can also “check”. Checking means you choose not to raise nor fold, in situations when nobody has raised the bets from the previous round yet. In theory, all active players can check at the start of the second, third, and fourth round and the pot can stay the same throughout these rounds, up until the showdown at the end of a hand. 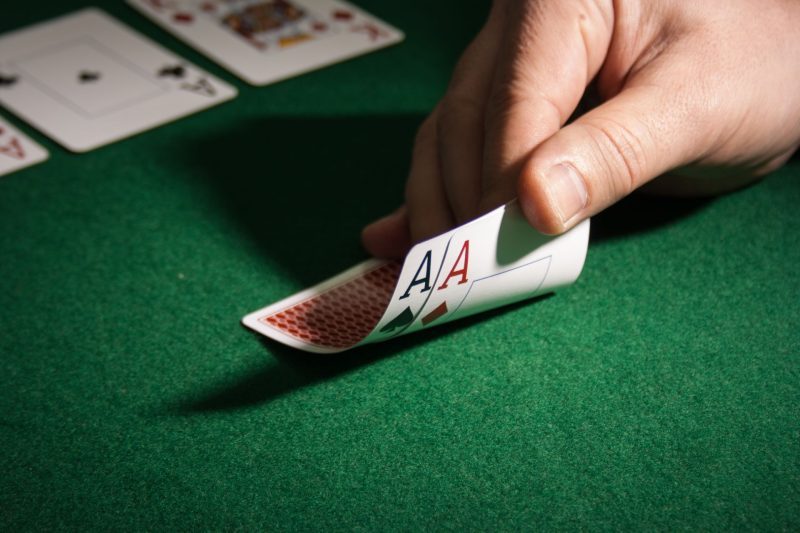 Another important concept when it comes to betting in Texas hold ‘em are limits. The most popular kind of Texas hold ‘em is no-limit hold ‘em, where you can bet as much as you like at any point. The only limit is the number of chips or the amount of cash you have at the table.

There are also games with fixed limits, where the amount you can bet as well as the number of raises per round are fixed. The last option is the pot limit, where you can basically bet as much money as the pot contains at a given moment.

Finally, let’s see an example of a Texas hold ‘em hand to better illustrate the rules of the game and its betting structure.

The second round starts. Here it’s important to emphasize that only the first round starts with UTG. All the other rounds start with the player immediately left of the dealer. In this case, since SB has folded, BB (player D) starts the round. D checks. A raises by $50. B calls. D folds after that. The round is over, pot size is $260 now.

The third round starts. Both players decide to check.

The fourth round starts. A plays first again, because he sits immediately left to the dealer (D folded in round 2). A checks, B raises by $100. A re-raises by $220, B calls. The round is over because A isn’t allowed to re-raise his own bet. Both players have added $320 each in this round, which amounts to $900 altogether.

Those were the most important rules in Texas hold ‘em poker. It’s one of the most exciting variants of poker, where you need a mixture of skill, experience, math, intuition, and just a tiny bit of luck in order to take the money home.

If you’re thinking about starting to play, it’s fairly easy to find a reliable online place to begin. Virtually every online casino or poker room should be offering Texas hold ‘em games, as it’s by far the most widespread kind of poker. To start playing Texas hold ‘em today join Coinpoker, where you can play games with the cryptocurrency of your choice.