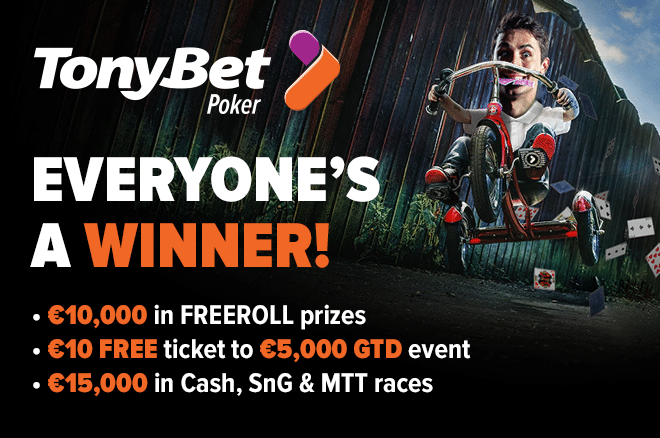 Tonybet Poker’s massive cash giveaway campaign kicked off last week with the site dropping huge overlays due to a rather small player base. With just around 400 players at peak hours, the up and coming site is splashing more that they earn bringing additional value to those who play.

“To grow big you need to spend big and we have more than enough to give away to our players. It’s “no balls – no glory” as we like to say here at Tonybet Poker and, believe me, our players, just like us, have pretty huge balls,” the site’s representative to the UK Warren Lush said with a smirk.

Just last week the site launched a huge money giveaway campaign with tens of thousands of euros in freeroll prizes sweetened by iPhones and a €3,000 Las Vegas package. They’re also rewarding thousands in cash game, SnG and MTT races while 100 seats to the $500,000 CAD guaranteed Tonybet Winter Festival Main Event taking place at the Playground Poker Club in Montreal are also up for grabs.

“The number of players on our site is significantly growing every day, even more than we expected to be fair. However we’re still giving away more in guarantees than we’re collecting. This is especially valuable for the players as they can claim bigger prizes with almost no competition. If you know how to check-raise or go all-in, you’re instantly qualified to play our tournaments and collect your free cash. I also believe that the overlays, although smaller, will be a thing until February when we launch a huge online poker series,” Mr. Lush continued.

During its first week of action, Tonybet Poker’s Grinderz League tournaments gave away a total of €7,908 in overlays as they rewarded at least €1,800 in guarantees on the daily basis. 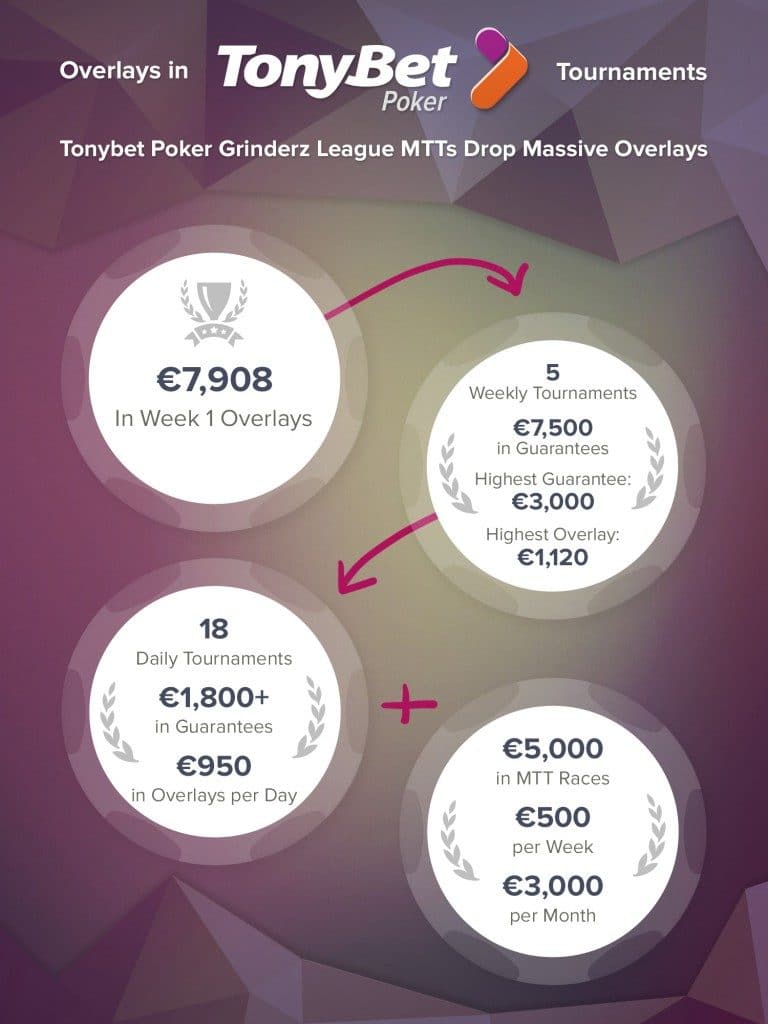 By playing Texas Hold’em and Omaha tournaments, players are not only entitled to instant prizes, but also compete in weekly and monthly MTT races rewarding €500 and €3,000 in added prizes respectively. Those playing at Tonybet Poker share these prizepools among the 20 best.

However, Grinderz League tournaments are not the only ones with huge overlays. Tonybet Poker is also giving away 100 seats to the $500,000 CAD guaranteed Tonybet Winter Festival Main Event taking place at the legendary Playground Poker Club in Montreal. With each seat worth $1,100 CAD and the number of players competing for up to 10 seats in one tournament ranging from 20 to 30, the overlays grow up to  whooping €6,000 per event!

If you’re in the crowd of players searching for value, you might be interested in getting a free €10 ticket to the €5,000 guaranteed event running at Tonybet Poker at the end of January. The privilege is given to everyone who uses the bonus code STARTER upon signup accompanied by a welcome bonus of up to €2,000.

Those looking for free money should consider signing up as well as there’s €10,000 in freeroll prizes on the line spread throughout January with iPhone 6Ss given away each week and a €3,000 Las Vegas package featuring a $1,500 buy-in to the 6-max event.