Poker is one of the most popular card games globally. It’s been played in the U.S. since the 19th century and lately, it has gained mainstream status, as the most prestigious poker tournaments are often broadcast live worldwide.

So, how to play poker, and what’s so appealing about it? Let’s find out. 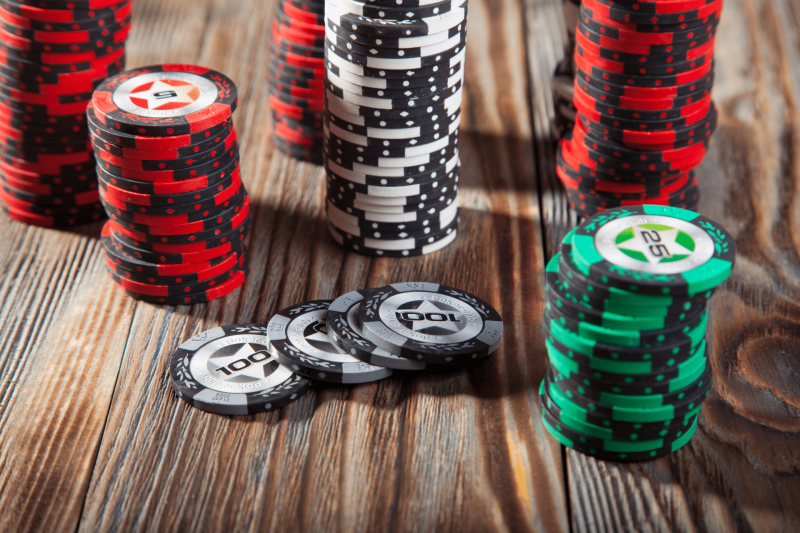 To play poker, you need a 52-card deck, a table, at least two players, and some money or chips you’ll use to place bets. Or you can play it online, in which case you need only your phone or your laptop. You just register at websites like Coinpoker and start playing. At Coinpoker, you can even play with cryptocurrency instead of fiat money!

There is a huge number of different variants of poker, but most of them have one thing in common – the hand ranking, which we explained in detail in another article. In most versions of poker, you need to connect 5 cards to make one of the hands from the list, from single pair to a royal flush.

What makes poker really exciting is its betting system. There are either one or multiple rounds of betting, depending on the variant. The core of the betting procedure in poker is this: if you’re not confident enough to bet at least as much as the other guy, you’re out and you have to wait for the next hand.

With at least some of the cards dealt face-down, there’s a psychological element to the game. Distinguishing between the player who bets because he’s actually got a good hand and a player who’s simply bluffing is key in this game.

However, poker is absolutely not all about intuition. Playing poker means doing a continuous statistical analysis of your chances to win a hand, based on the cards you can see. Ignoring this “mathematical” part of the game is always a very bad idea.

How to play community card poker

In community card poker, every player gets some of his cards dealt to him face-down (“hole cards”), while the other cards (“community cards”) are placed face-up on the board so that any player can see them or use them to connect a hand.

The most widespread kind of community poker is Texas hold ’em, probably the most popular form of poker in general at this moment. In Texas hold ’em, every player gets two hole cards at the beginning. After that, players start the first round of betting.

At the end of the game, every player can use 7 different cards – two hole cards that belong only to him and 5 shared community cards. Whoever manages to connect the best 5-card hand with these 7 cards at his disposal is the winner. The winner takes the pot – the entire sum all players have bet in a single hand. 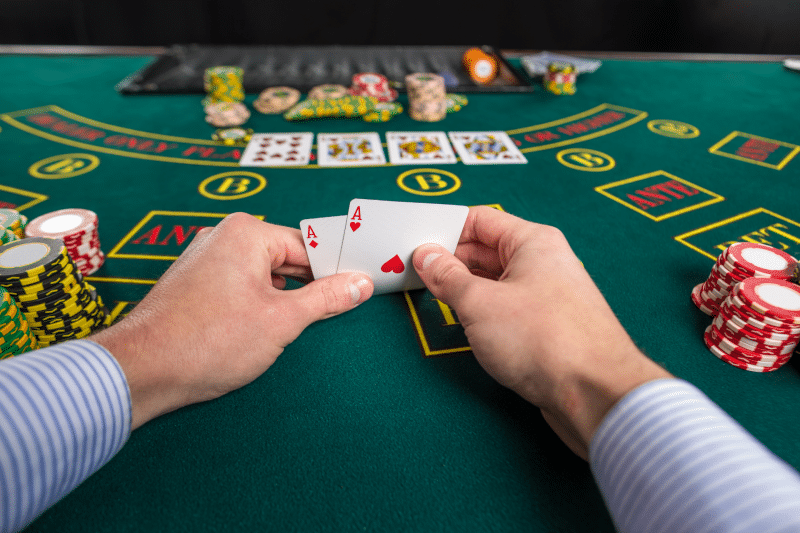 How to play draw poker

In most standard variants of draw poker, every player gets 5 concealed cards at the beginning (although it can be more than that sometimes). First, they bet, and then they have a right to discard any number of cards they don’t find useful and get the same number of random new ones from the deck.

In single draw poker, this is followed by another round of betting, and when it ends, whoever has the strongest 5 cards in his hand wins the pot. In double or triple draw poker, there are two and three rounds of drawing cards respectively.

How to play stud poker

In community and draw poker, the player’s hole cards are concealed and other players can’t see them. This is exactly where a lot of excitement and drama in poker comes from.

On the other hand, in stud poker, the excitement comes from the fact that other players can see some of your cards. There are normally no community cards in stud poker so every player is limited to the cards dealt directly to him.

To see how this works, take 7-card stud, one of the popular variants. In the beginning, every player gets two concealed cards and one card face-up. The first round of betting commences. Then each player is dealt 3 more cards face-up and one face-down. In total, there are 7 cards for each player, 4 dealt face-up and 3 dealt face-down, with as many as five betting rounds altogether. The winner is the player who connects the best 5-card hand out of 7 cards.

Now you know the basics of the game. If you wish to find out more about how to play poker, you can use articles on our blog or Coinpoker blog as a resource.

It’s crucial to understand the game on a deeper level if you wish to win some money by playing it. Also, practice is hugely important and you’ll have to play against better and better opponents in order to learn new tricks. Poker is much more a game of skill than a game of luck, so knowledge and experience are vital for anyone aiming to play poker at a high level.