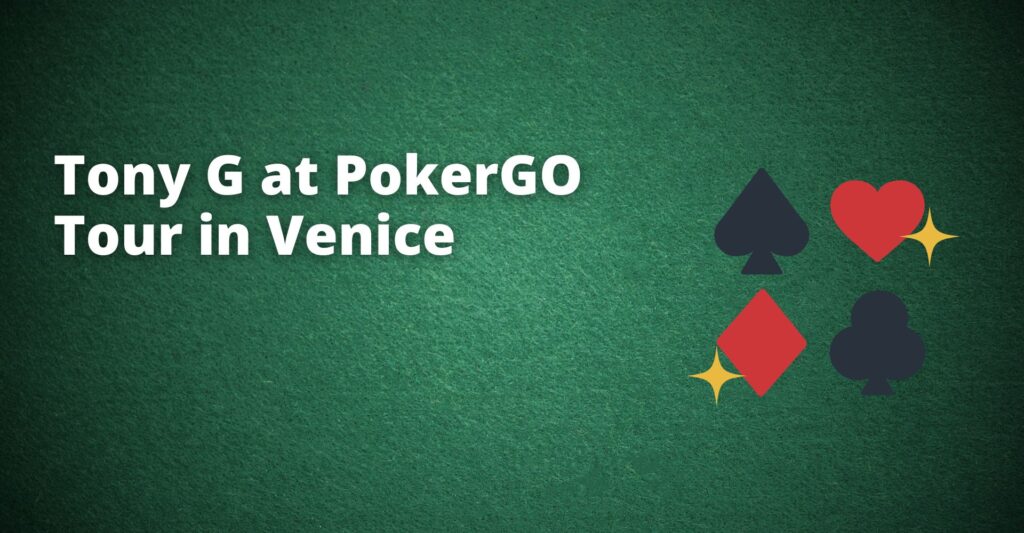 After a successful run at the Triton Poker Series in Madrid, Tony G traveled east to Italy to play at another tournament just 3 days later, on 26th of May. The prizes may have been a bit less lucrative, but the competition was still hard and we’ve seen some great matchups at this tournament.   […] 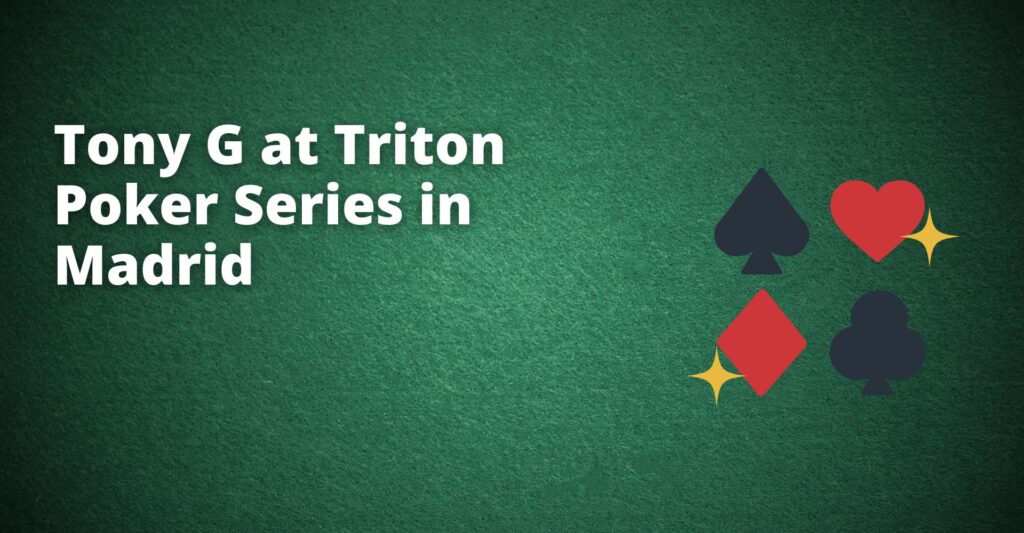 Tony G is on the tour once again. After a 2-year break, we saw Tony compete last year at Merit Poker Super High RollerBowl Europe in Cyprus, where he reminded everyone of what he’s capable of. After winning two events in Cyprus ($25,000 and $100,000 No Limit Short Deck Hold ‘em) that brought him over […]

Poker Action in the Desert and Online Poker Payouts

I have been in Las Vegas for awhile now. I came in to take a crack at the WPT World Championship at Bellagio, made it through day 2 and then out on day 3. And I’m here to work, it’s the life of The G, work out with my trainer, play a little poker, go […]

Laura has Alec Torelli, Mike Matusow, The G, and Roland de Wolfe on deck for Tony’s video blog at the PokerNews Interactive live stream of the Party Poker Big Game V. Laura is holding a Phil Ivey doll and says, “Phil Ivey’s in the house!” before she asks Tony if he’s coming back to the […]

I’m in LT right now feeding my dogs and working hard but I’ll be in Nottingham UK in the Dusk Till Dawn Poker Club working my way through some of the starting line-up of the Party Poker Big Game V – these are the ones: Viffer, Annette Obrestad, Jennifer Tilly, Sam Trickett, Bruno Fitoussi, Devilfish, […]

In Las Vegas for Poker and Russians

I am playing the PokerStars Big Game. Thursday was a completely fun day when I got to punish and repunish Phil Hellmuth. It was my typical Tony G takes no prisoners kind of day and Phil was part of the aftermath I left laying behind me. He will probably give up poker altogether soon. Especially […]

Who’s leading who? Lynn Gilmarten, Tony, and TJ highlight the day with TJ barking to Tony’s signal. TJ rolls over for the camera and Tony says TJ is coming in today to see if he can smell any weakness – and a few weak players will be intimidated. Tony says TJ has been practicing poker […]

Lynn Gilmarten greets Tony at the Aussie Millions 2011 and asks how he feels about the $25K Invitational. Tony says he feels great and he’s very happy to be invited, it’s a great field. He says the tables are all stacked and he’s going to have a bit of fun and then go to the […]

It was a huge battle and I tried my best for everyone. I wasn’t good enough to defeat him even though I hung my heart on a stick and I got done – well done to the point of charcoal in the heat. I did manage to stay ahead of the heat for awhile by […]

The Search for the real Isuldur1

Everyone must know by now that I’ve spent more than a few hours of time and energy trying to introduce Isildur1 to the poker playing world where his great poker playing skills could be appreciated like the other amazing internet phenomena of today. I arranged to stake him and let him play in my Kermit […]